A simple statistic. - 90% of people are right-handed, 10% are left-handed. And a simple idea - in any large enough population, we should see a similar distribution. Take a 100k civil servants or soldiers or travelling salesmen, and 90k of them will be right-handers and the rest lefties.

Let's say we find a hypothetical sawmill where this isn't true. Almost everyone, close to 99% are right handed. Seeing this, you might come to the conclusion that right-handers are smarter or more hard working or better suited for the work in a sawmill. After all, the sawmill is a meritocracy and no one discriminates against left handers these days. It's not the middle ages any more.

But if we make the reasonable assumption that left and right handers are equally intelligent, industrious and suited to working in a sawmill then we have to look deeper. Why are left handers underrepresented here? That's when we find that most tools, including the power saws, are made for right handers. Left handers struggle to use them. Since they're less effective at using the tools, they are replaced by other workers who use the tools better. Lefties in this example end up with a worse outcome for no fault of their own. Even though there is no explicit discrimination against them, the system is set up in a way where they cannot succeed at the rate at which you'd expect.

Of course, I know of no such sawmill. I gave this example to introduce the idea that a minority population (in this case left handers) should be represented at a proportional rate in any sub-population (such as employment in a large mill). If they aren't, it merits a second look.

Are all people equal in every way?

Only now do I truly understand what he meant by "anyone can cook". Not everyone can become a great artist, but a great artist can come from anywhere.

I take this idea one step further. Any large enough group must have an equal proportion of great artists, sawmillers, chefs, astronauts etc. assuming that the group had an equal start.

Not everyone is skilled enough to work in the sawmill, because it's a hard job and some people are just better at it than others. But the most skilled saw-millers can come from anywhere - both right handers and left handers. I claim that of the most skilled millers, 90% would be right handed and 10% would lefties.

One group that has historically suffered discrimination are black people in America. This group suffered through slavery and the Jim Crow era. That continues to have an effect today.

For example, blacks constitute 12.9% of the American population. If America was colour-blind and every American got the same start in life, you'd expect that 12.9% of the prison population would be black. It's actually 37% as of 2013. Although this by itself does not indicate discrimination, it warrants a closer look.

The first study showed how a change in crack cocaine sentencing laws affected black people. Between 1986 and 2010, possession of 50g of crack led to a minimum of 10 years in prison. In 2010, that law was amended. The amount of crack for a 10 year minimum sentence was was increased to 280g. If you had 279g, you'd get away with half the sentence.

This gave an incentive for arresting officers and prosecutors to over-report the amount of crack a suspect had in their possession. If it was slightly under 280g, they'd say it was 285g. As the graph below shows, after 2010 this happened to 2% of white suspects while it happened to 4% of non-white ones. Said another way, non-whites were twice as likely to end up with an unjust outcome - a clear indication that the justice system was discriminating against non-white people.

The second study showed that black people were 31% more likely to be stopped by police than white drivers. This by itself did not indicate discrimination. Perhaps black people, for some reason, drive worse. But the study also showed that at night, when it's more difficult to ascertain a driver's race, black people are stopped far less than they were at day time.

(Edit 2020-06-04: 3 days after I wrote this, a man George Floyd was murdered by a policeman. In the light of that incident and the subsequent protests, I'm going to add one more statistic here.)

Although half of the people shot and killed by police are white, black Americans are shot at a disproportionate rate. They account for less than 13 percent of the U.S. population, but are killed by police at more than twice the rate of white Americans. - Police shootings database maintained by The Washington Post.

Let's look at a different group - Muslims in India. They constitute 14% of India's population, but account for 21% of the people who are in jail awaiting trial. However, only 16% of convicted prisoners are Muslim, closer to the 14% you'd expect if there was no discrimination. This indicates that the Indian police could be discriminating against them. Muslims make up only 1-2% of the police force in most states. Small wonder that a "survey in 2019 found that 50% of officers across the country think that Muslims are 'naturally' prone to committing crimes" - source. This bias of the Indian police translates to persecution of Muslims.

Of course, this isn't just about jail and biased police. In places where you'd want to be represented, we find underrepresentation of Muslims. Government jobs in India are highly sought after. To get the best jobs, a candidate needs to do well in the UPSC exam and a subsequent interview. Of the 800k candidates who write the test, 1000 get selected - source. Of these 1000, you'd expect 140 (14%) of them would be Muslim if religion didn't matter at all in India but in 2019, that number was 28. Surprisingly, Muslim candidates mostly praised the system as meritocratic and attributed the lack of representation of Muslims to fewer people applying. Only 5% of the 800k applicants were Muslim.

There's no villain to point fingers at in this case. The fact is, preparing for that exam takes years. It requires wealth to be able to prepare full time and pay for coaching. For a community that has been historically economically disadvantaged, that's difficult. This is similar to the case of the sawmill - no one is actively discriminating and yet it leads to an unjust outcome.

In general, people are not swayed by data. People prefer anecdotes. If they're shown the hypothetical sawmill, these are some responses you can expect

All of these are lousy arguments.

If we leave aside hypotheticals and talk about the real world examples, they're even less likely to be on board. It's simply too uncomfortable to admit that we might not "deserve" the success we have. That's why conversations about representation are so fraught.

This idea is straightforward - if a system is just and fair and discrimination doesn't exist, equally capable people should be represented proportionally. If representation is skewed, we need to find out why.

Actually fixing these issues could take years of effort, money and fundamental changes to culture. This is bound to be controversial. But before that, it's important for everyone to agree that this is a problem that needs fixing.

On a personal note, I have had the privilege of never having suffered discrimination so far. That said, I still think it's an important subject for us to discuss because justice and fairness should be core principles of any society.

Thanks to Sriram Sundaram for reading a draft of this article and giving constructive feedback.

I'll leave you with a comic 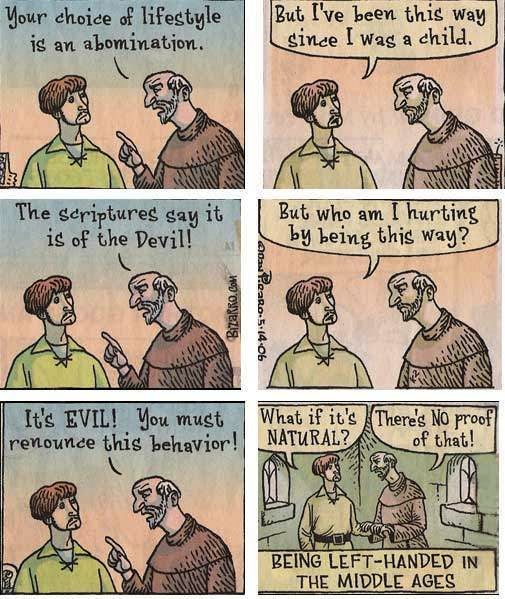